Airsofting has become immensely popular in the last decade or so, thanks in large part to the team building fun associated with the pastime, but also because of the sheer amount of great, high quality equipment that budding airsofters can employ during their games.

Scopes can be an important part of any ‘warfare’, and there are many kinds to choose from – all of them offering something a little different, depending on the lighting and the terrain they are used in.

Red/green scopes are a popular choice amongst amateurs and veterans alike. But what exactly are they, and how can they be used during combat?

Red/Green Scopes: What Are They?

Red/green scopes, or red dot and green dot scopes, are two different types of scopes which have different colored sights that can be used when shooting.

They are commonly used in modern airsofting for their effectiveness in a multitude of game environments, but each offer something a little different.

When Should They Be Used?

Both can be good tools during combat, but each have their own areas of expertise.

Red scopes are generally better as all-rounders, allowing clarity and accuracy amongst a variety of light levels and environments. This makes them great for both urban environments and woodland environments – where their coloring stands out especially well.

Green scopes are less effective in woodland environments, due to the fact that trees and foliage are generally green, and are less useful under high levels of light, as the paler color can be lost or distorted with too much light pollution.

The laser sights are responsive and adaptive to most movement and environmental distractions, and their clarity and noticeability makes them far more effective than more traditional aiming mechanisms.

One thing you might be asking yourself is what possible difference red and green light could make to our eyes and how we perceive things.

Our eyes are composed of two kinds of vision receptors, known as cones and rods – called as such because of their shape.

Rods are useful for low light vision, and cones allow us to see color. The rods in our eyes function under low light thanks to a naturally occurring chemical called rhodopsin, which becomes bleached by light, and takes 30 minutes to regenerate.

On the color spectrum, red light has the least effect on this chemical, which is why red was traditionally used for both the development of photographic film, and in the early days of night vision technology.

Of course, not affecting night vision, and seeing clearly in the dark are two slightly different concepts.

While it’s true that red light doesn’t hinder night vision (or bleach the rhodopsin), the human eye is incredibly more sensitive to green light, to the extent that two dots – one of red and one of green – placed before our eyes will appear different, with the green light seemingly infinitely brighter than the red.

This means that we can see green light at a dimmer brightness than red light, meaning that green light is both more effective, battery efficient (as you can use less power), and easier to perceive, even in the darkest environments.

Of course, there are several ways that red scopes can be handy, both to amateurs and veterans alike.

Red dot scopes are perhaps the more popular choice of the two, if only for the fact that the red dot is easier to see amongst a wider variety of light levels and game environments.

While traditional iron sights might be good for accuracy and hitting the bullseye, during a fast paced combat scenario, red laser dots are more effective, allow quicker aiming, and often lend you greater accuracy whilst on the move.

Red dot sights are generally simpler to use as well, which is another reason why they are so popular.

One major drawback is that it requires far more power and brightness to be as effective at night (or under low light). While red dot scopes are typically effective in some low lit situations, it is far inferior to green dot devices.

Despite being less popular amongst general users, green dot scopes have many advantages over their red counterparts.

As explained above, the human eye is more sensitive to green light, which makes green dot scopes a popular choice for those engaging in nocturnal airsoft games, or indeed for older shooters with deteriorating eyesight.

However, there are several drawbacks when it comes to green dot scopes.

The most prominent drawback is that the range of light effectiveness is far lower than red dot models. Whilst green dots might be effective under very low light, they can often be difficult to see during daylight hours, especially in extremely bright combat environments.

Due to the fact that they are sought after and highly effective, green dot scopes also tend to be a lot more expensive than their red counterparts, sometimes costing double the price of the standard red scope.

While this might be fine for experienced shooters, or ones with a more substantial financial backing, most new and mid-level players opt for a red dot as a generally affordable all-rounder piece of equipment.

And there we have it, everything you need to know about red and green airsofting scopes, and the best ways to utilize them in combat.

When embarking on any serious hobby like this, it is always best to do your research, seeing what the experts say when it comes to everything from basic equipment, to the proper ways to approach a specific activity. 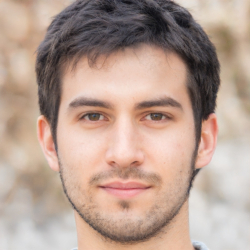 Freddy Mcknight
Hi, my name is Freddy Mcknight and I have been playing airsoft since high school. My friends and I would always head down to our local woodland and play all weekend. I got pretty good at it!

Over the past two decades, I have gotten pretty smart with all things airsoft. I know the best equipment, how to enhance your game, and where to hide when I want to outlast everyone and win.

I hope to spread this knowledge to my kids one day, but for now, I created this website in the hopes of helping any budding airsoft players. If you want to be the best, you have to know the best - and that’s me. Enjoy!